The Wright-Lock Farm is located in Arlington's backyard, just north of the Winchester line at 78 Ridge Road. Established in 1638, it is the oldest continuously farmed property inside Route 128. The town of Winchester purchased the property in 2007. The Wright-Lock Farm Conservancy was created by a vote at the Spring 2008 Winchester Town Meeting to continue limited farming operations, develop passive recreational opportunities, sponsor educational programs, and preserve the historic landscape. The farm now welcomes the public to a treasure of hillsides and paths connecting to the Whipple Hill and Locke Conservation areas. During summer a self-pick raspberry operation is becoming a favorite attraction. 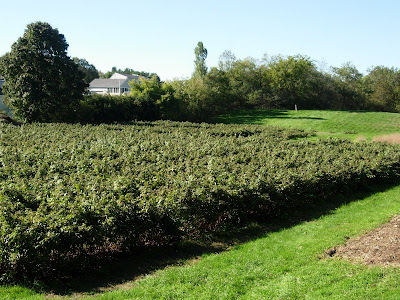 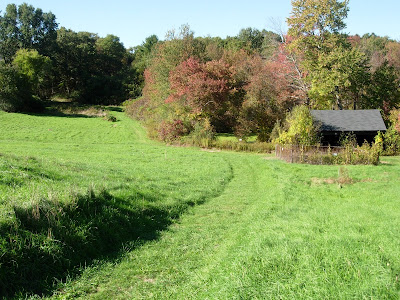 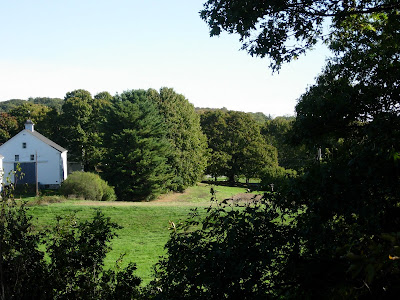 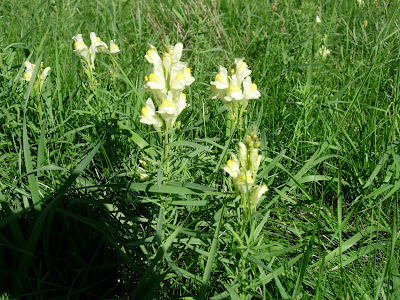 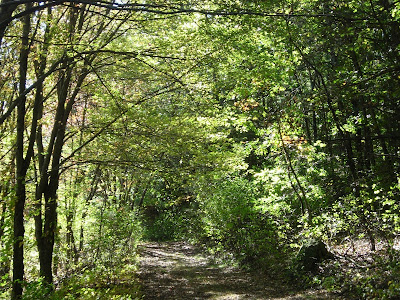 The circular horse riding area is a relatively recent but picturesque addition. The barn to the left in the photo was built in 1827 for animals, wagons and farm equipment, some of which still remains. The Squash House to the right was built in 1915 to store and protect squash from freezing, so that it could be taken to Boston in winter, using a massive sled over icy fields and roads. The farm was known for Blue Hubbard squash, which is still grown there today. 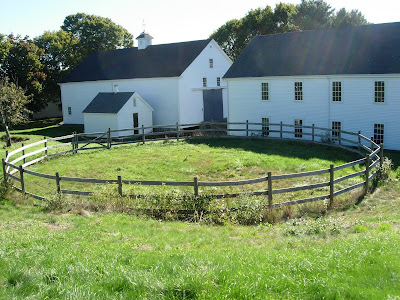 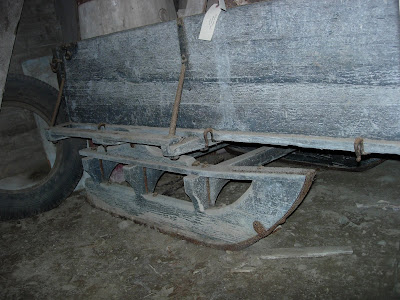 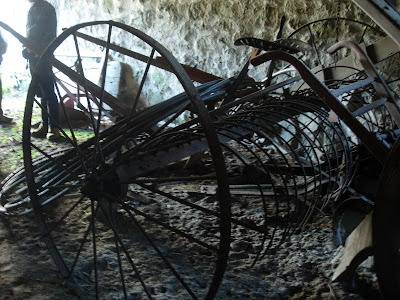 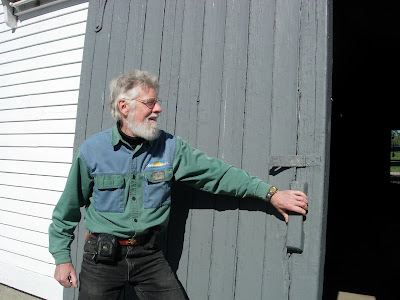 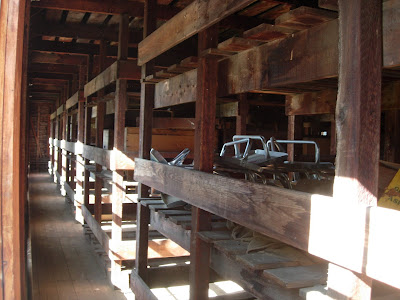 STORAGE RACKS FOR BLUE HUBBARD SQUASH IN 1915 SQUASH HOUSE
~ ~ ~ ~ ~ ~ ~ ~ ~ ~ ~ ~ ~ ~ ~ ~ ~ ~ ~ ~ ~ ~ ~ ~ ~ ~ ~ ~ ~ ~ ~ ~
The town of Winchester has shown great vision and conviction by purchasing this historic property and establishing a citizen-based volunteer conservancy. A number of plans have been put forth for housing and mixed use. While these uses might provide a financial return on the investment, the benefits of emphasizing preservation of this stunning natural area and historical treasure hopefully will take precedence. In the meantime I plan to take full advantage of proximity, and visit often.
One can support The Wright-Locke Farm Conservancy at their website. They also have occasional fundraisers, like an Open House on October 17 2010 featuring tours of the barn and it's contents by John Ott, former Director of the National Heritage Museum. I first learned about the farm at the Saturday morning Winchester Farmers Market, on the Winchester Town Square until October 30.
Thank you Alan Field for your efforts at the farm, your service as a Conservancy Board Member, and a great walk and tour.

Thanks for putting us in your blog. We are quite proud of Wright-Locke Farm and are working hard to stabilize the historic buildings. We are, indeed, having a fundraiser on Sunday, October 17. You can find out about it and purchase tickets on our website at wlfarm.org. It will be a lovely night and we will throw open these lovely buildings for your touring pleasure. The food will be prepared by Chris Parsons of Parsons Table from our Wright-Locke vegetables (now that is local!) and tours will be given by John Ott, a past director of the Museum of Our National Heritage in Lexington. John has studied and catalogued the contents of this farm, so no one knows more about it than he. Did I mention wine? We will have wine. Come enjoy a sunset at the farm and help us out at the same time. And, of course, come anytime to walk our trails and marvel at this property.

This is wonderful story, I'm eager to visit. The yellow snapdragons in the field are called butter-and-eggs (Linaria vulgaris), a naturalized immigrant from Europe and Asia.